The greatest wisdom is in simplicity. Love, respect, tolerance, sharing, gratitude, forgiveness. It’s not complex or elaborate. The real knowledge is free. It’s encoded in your DNA. All you need is within you. Great teachers have said that from the beginning. Find your heart, and you will find your way.” ― Carlos Barrios, Mayan elder

“Listen to your life. See it for the fathomless mystery it is. In the boredom and pain of it, no less than in the excitement and gladness: touch, taste, smell your way to the holy and hidden heart of it, because in the last analysis all moments are key moments, and life itself is grace.” ― Frederick Buechner 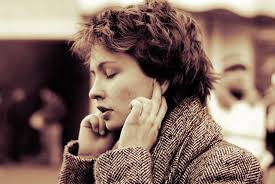 “Love opens the doors into everything, as far as I can see, including and perhaps most of all, the door into one’s own secret, and often terrible and frightening, real self.” ― May Sarton

“We are dominated by everything with which our self is identified. We can dominate and control everything from which we disidentify ourselves. The normal mistake we all make is to identify ourselves with some content of consciousness rather than with consciousness itself. Some people get their identity from their feelings, others from their thoughts, others from their social roles. But this identification with a part of the personality destroys the freedom which comes from the experience of the pure “I”.” ~ Roberto Assagioli