“Silence is difficult, an intimation of the end, the graveyard of fixed identities. Real silence puts any present understanding to shame; orphans us from certainty; leads us beyond the well known and accepted reality and confronts us with the unknown and previously unacceptable conversation about to break in upon our lives. Silence does not end skepticism but makes it irrelevant. Belief or unbelief or any previously rehearsed story meets the wind in the trees, the distant horn in the busy harbor, or the watching eye and listening ear of a puzzled loved one.

In silence, essence speaks to us of essence itself and asks for a kind of unilateral disarmament, our own essential nature slowly emerging as the defended periphery atomizes and falls apart. As the busy edge dissolves we begin to join the conversation through the portal of a present unknowing, robust vulnerability, revealing in the way we listen, a different ear, a more perceptive eye, an imagination refusing to come too early to a conclusion, and belonging to a different person than the one who first entered the quiet.

Out of the quiet emerges the sheer incarnational presence of the world, a presence that seems to demand a moving internal symmetry in the one breathing and listening equal to its own breathing listening elemental powers.

To become deeply silent is not to become still, but to become tidal and seasonal, a coming and going that has its own inimitable, essential character, a story not fully told, like the background of the sea, or the rain falling or the river going on, out of sight, out of our lives. Reality met on its own terms demands absolute presence, and absolute giving away, an ability to live on equal terms with the fleeting and the eternal, the hardly touchable and the fully possible, a full bodily appearance and disappearance, a rested giving in and giving up; another identity braver more generous; more silent and more here than the one looking hungrily for an easy, unearned answer.” 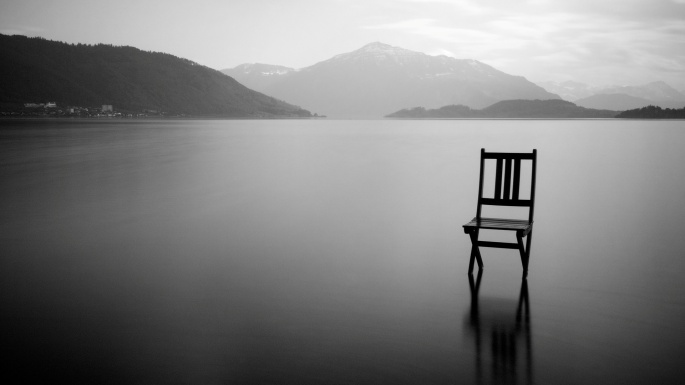