Recently I read Judith Glasser’s book on conversational intelligence as I was preparing for an upcoming presentation and found the following quite interesting and wanted to share it with you. I think you will find this of use in your personal life as well.

Take care and be well. Bill

“My husband and I got married after only three dates. Three weeks after the wedding, we had our first fight. An extreme conflict avoider, I packed my bags and walked out. Rich chased after me. “Turn around,” he said. “Let’s sit down and have a conversation. There are two things we have to learn to do — one is to fight, the other is to make up.” We’ve now been practicing both for 44 years.

Effective leadership, like a good marriage, hinges on how you deal with the tough stuff. But addressing and resolving conflicts requires enormous mental and emotional strength, which is why many of us try to avoid it. When confronted with a problem or dispute, we either move away (flee the scene, rely on others for resolution), move against (quietly using positional power to quell opposing arguments) or move toward (make nice, give in). This is natural. We instinctively want to avoid the risk of loss and social embarrassment, to stick with our points of view, to preserve relationships and the status quo.

But all three strategies are wrong-headed. When you fail to engage with a conflict, you can’t gather the input you need to find a workable solution. And it hurts your image as a leader. Take Sarah, the head of IT at a global technology company. Her job was to develop new engagement technologies in her organization, but instead of embracing critical feedback on her ideas, she ignored it. When people challenged her, she would simply reiterate her points, smile, nod and move onto something else as though the issue had been resolved, leaving everyone frustrated. Team members and colleagues began to see her as a conflict avoider, and she lost their trust.

So how does someone like Sarah learn to embrace, rather than avoid, disagreement? Through my executive coaching work (and my own experience), I’ve developed a few conversation-centered techniques that help.

Clarify the conflict by talking through each party’s stance. For example, “You seem to be suggesting that we really need to focus on elevating our gross revenue before we invest in a new IT strategy. Is that right?” or “It seems like we’re envisioning two different levels of risk. Tell me more about what you’re seeing as the downside.”
Consult a neutral friend or colleague. Discussing the problem with someone else will make it seem smaller. The social interaction will also put you in a more collaborative, connected state of mind.
Reframe, refocus, and redirect the conversation. Use the conflict as a springboard to find common ground. Say something like, “Let’s leave this aside for the moment and think about another way to approach the issue.”

All the companies I work with have checklists of behaviors their leaders need to thrive at the top. Chief among these are courage, resilience and agility in the face of change. There’s no question that an ability to manage conflict is part and parcel of all three. So the next time you’re faced with a situation in which positions are hardened and disagreement seems inevitable, don’t avoid it. Engage in conversation, and tackle the conflict head on.” 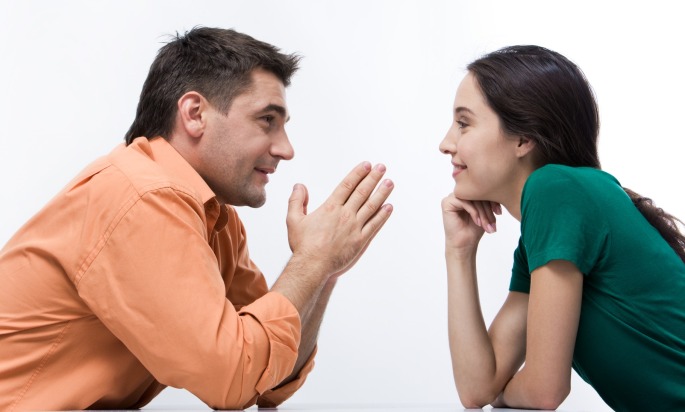 2 thoughts on “Tackle conflicts with conversation”